Flatland Project was based on the book Flatland by Edwin Abbott, first published in 1884. A book, which after more than 130 years, continuous to stimulate the mind of young people and, thus, remain fresh.

“Flatland” is a two-dimension world, and “Square”, an inhabitant of this land, tells us the story of his life and recounts his experiences in the one-dimensional and the three-dimensional worlds and beyond.

The Flatland Project has been developed aspiring to create a link between literature and the visual arts. The exhibits here are interpretations of the book by the fresh imaginations of eight young artists.

The project did not end with the exhibit as in the effort to create one harmonious spectacle it led to hours of dialogue, cooperation, friendship and hard work.

The eight artists, each skilled in a different art media, have created their art works by substantiating their interpretation of the book. 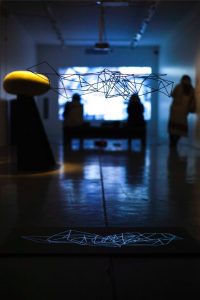 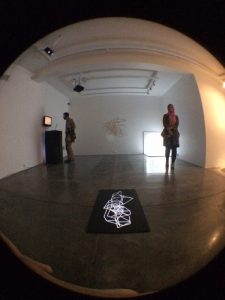